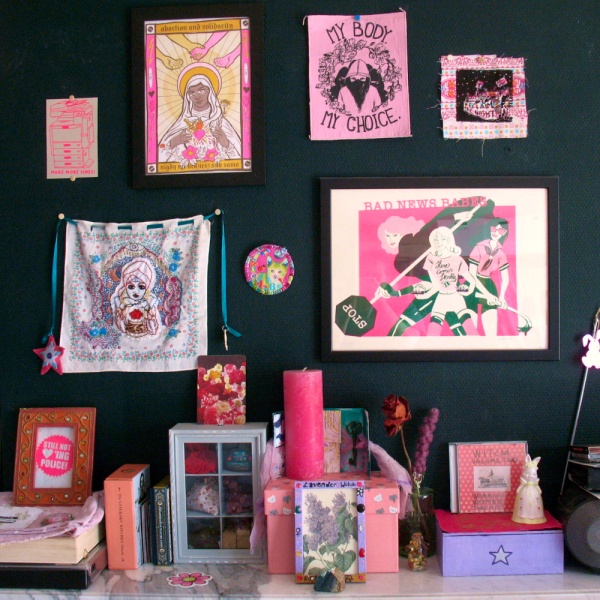 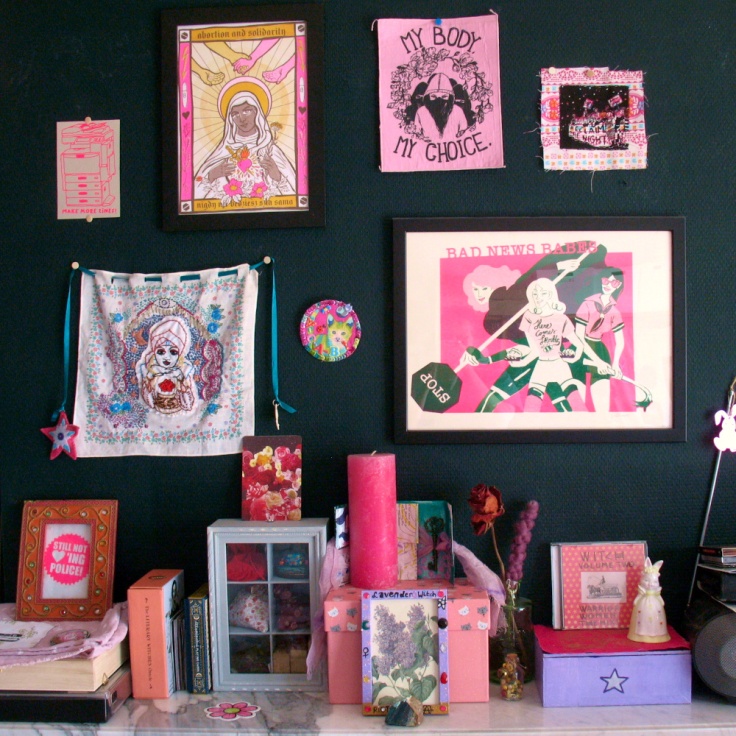 I wish you a revolutionary May Day, Beltane, or Workers’ Day!

May 1st is the pagan holiday Beltane as well as International Workers’ Day so why not try to merge both and add some activism to our witchcraft or some magickal vibes to our syndicalist celebrations?

END_OF_DOCUMENT_TOKEN_TO_BE_REPLACED

Forget giving flowers or jewellery on Women’s Day! It’s a day to celebrate, remember, and plot feminist struggles after all! It’s a day to go on strike, organise, and educate yourself and others. And why not a day to read feminist zines and send postcards?

By the way, for March 8th I have some news to share about my solo music project Lost Luna too… Read on:

END_OF_DOCUMENT_TOKEN_TO_BE_REPLACED

Bloed Aan De Muur is a fun and interesting anarcha-feminist podcast broadcasting from Amsterdam. I’ve been listening to it from the beginning and I always look forward to a new episode. I’ve had a secret dream for a while that I wanted to start an anarcha-feminist pirate radio show or podcast one day, so I was overjoyed when I received an email asking me to participate in their next episode!

On November 25th the women of Bloed Aan De Muur organised a panel discussion for the 2nd anniversary of the Barricade Book Bar café at ACU, the autonomous centre in Utrecht (also in the Netherlands). The panel was about radical books and zines and I was invited to speak next to Rymke of the eco-anarcha-feminist publishers Atalanta, the poet Stella Legioen, Tessa of Barricade, and two women of Bloed Aan De Muur. The panel was recorded for their podcast, making it the first time for me on the anarcha-feminist air waves*. I was so honoured and also slightly nervous but it was a lot of fun to do this!

You can listen to the panel/podcast here.

I’m only posting this now because it took me a while to gather enough courage to actually listen to this episode of the podcast. It is quite scary to hear myself speak and I’m afraid I might have said some silly things. But well, I hope it wasn’t that bad and I definitely want to do it again!

*A long long time ago I was interviewed about Ladyfest on Belgian national radio in French (!) along with my co-organisers. My French was very bad at the time (it’s a bit better now) so I tried to keep my speaking to a minimum and left it to my French-speaking friends. I think this was my first general radio experience. 🙂 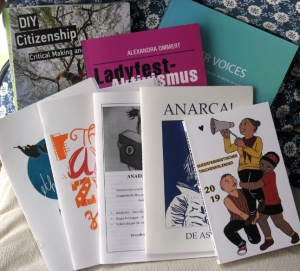 I seem to have been quite busy lately and I’m very proud to announce that there are a few (semi)recent publications to which I contributed artwork/illustrations/articles, for which I was interviewed, and/or which mention my zines. I haven’t written about these publications on my blog yet so I decided to write about all of them in one post instead of spamming you with lots of separate ones. I also plan to make a list of all publications (books, magazines, zines, etc) I’ve ever contributed to here.

So here we go:

END_OF_DOCUMENT_TOKEN_TO_BE_REPLACED 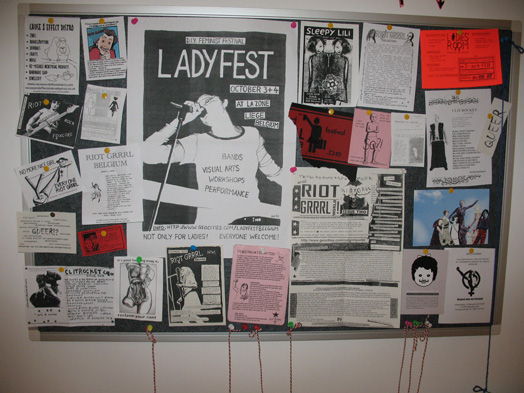 FIRST OF ALL: Please BUY my zines if you can. They are not expensive at all and you would really support me. I also love zine trades, so get in touch!

SECONDLY: Feedback is appreciated, also if you download stuff!

You can download these zines in pdf and print them for free:

(UPDATE July 2015: some links were broken, but I may upload the zines on Feminist Zines in Cyberspace one day)

My other zines (Same Heartbeats, Echotopia, Scissors & Chainsaws…) are still for sale. Contact me if you want to order them.